The History of Flying Disc Sports in New England
In Memoriam
Joe "Lick Me" Proud
Photo Gallery
click on the Gallery, then use the arrows to navigate 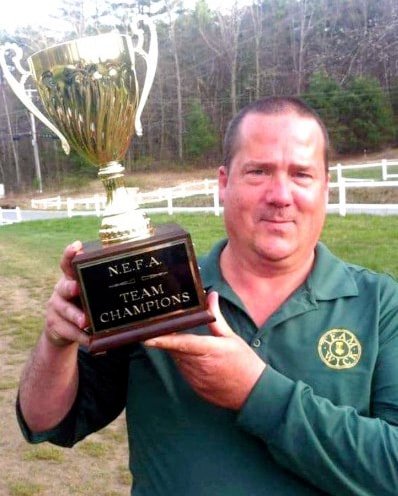 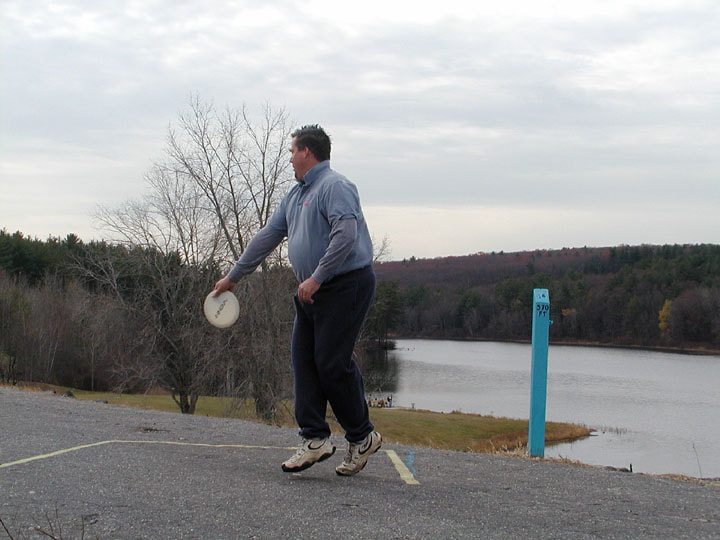 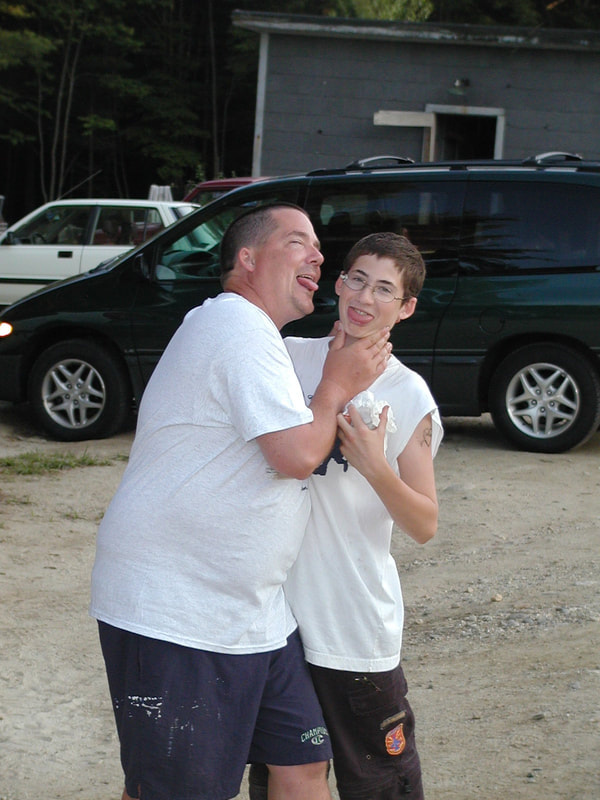 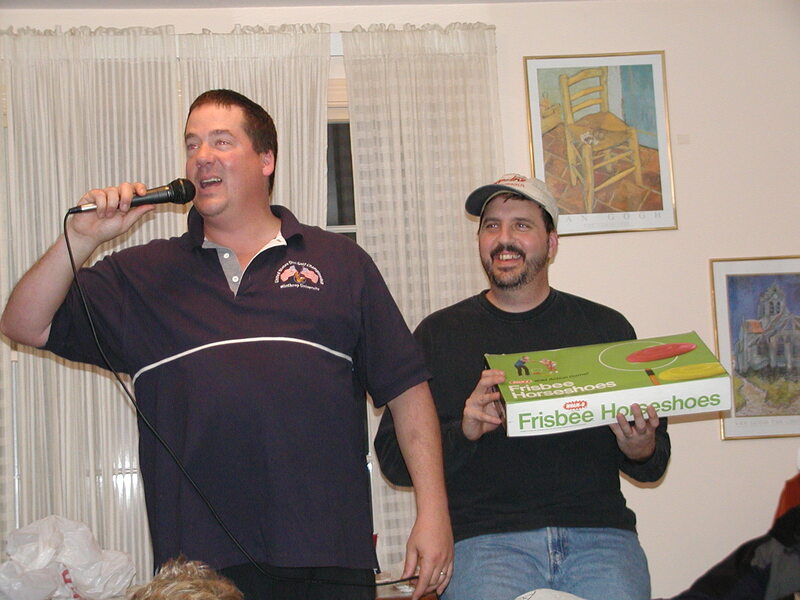 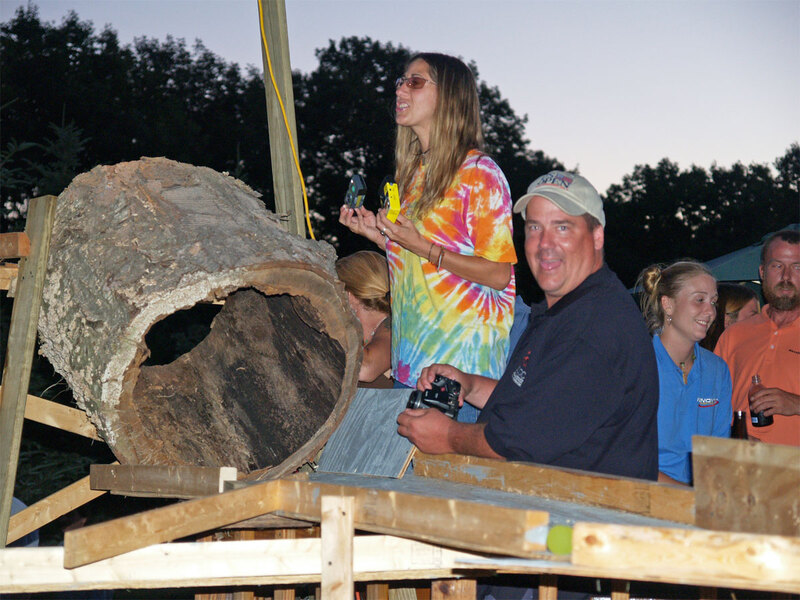 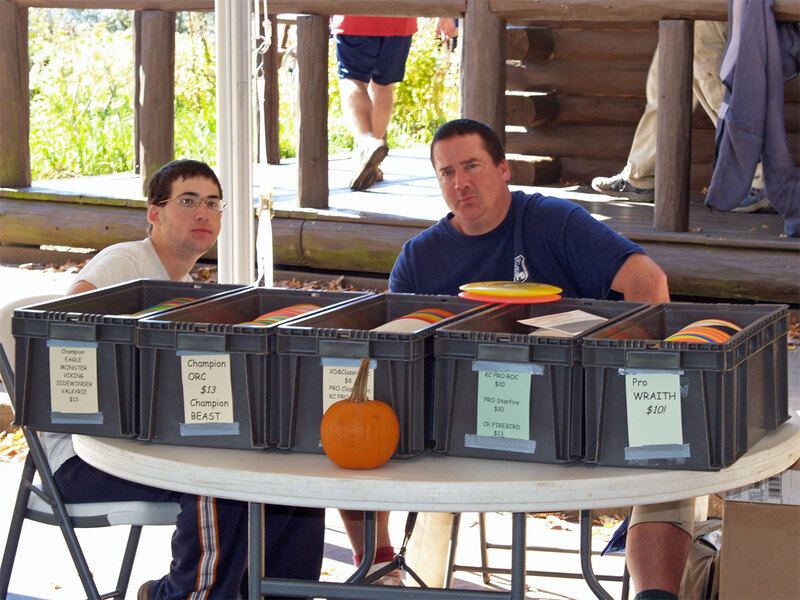 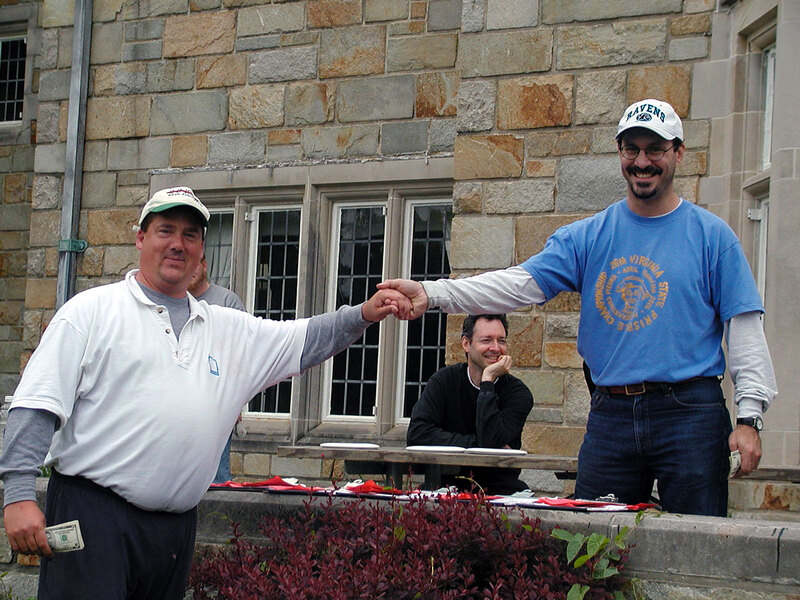 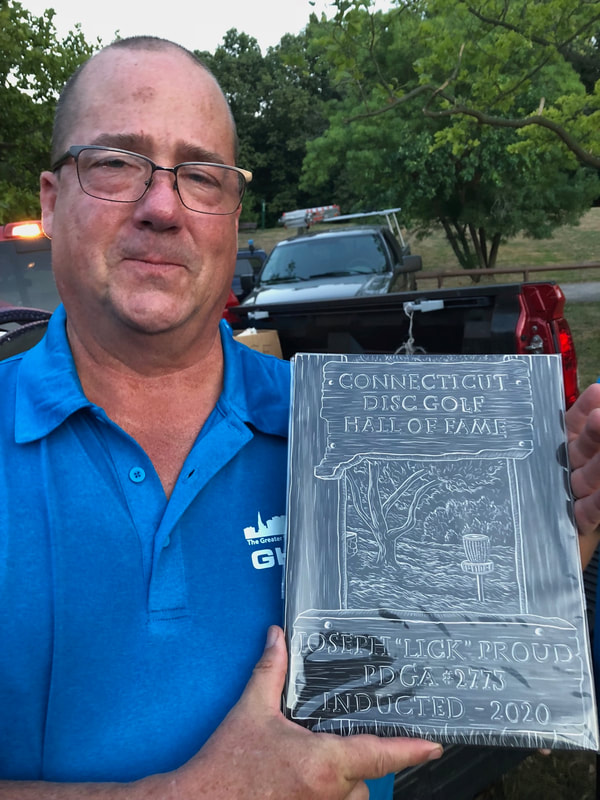 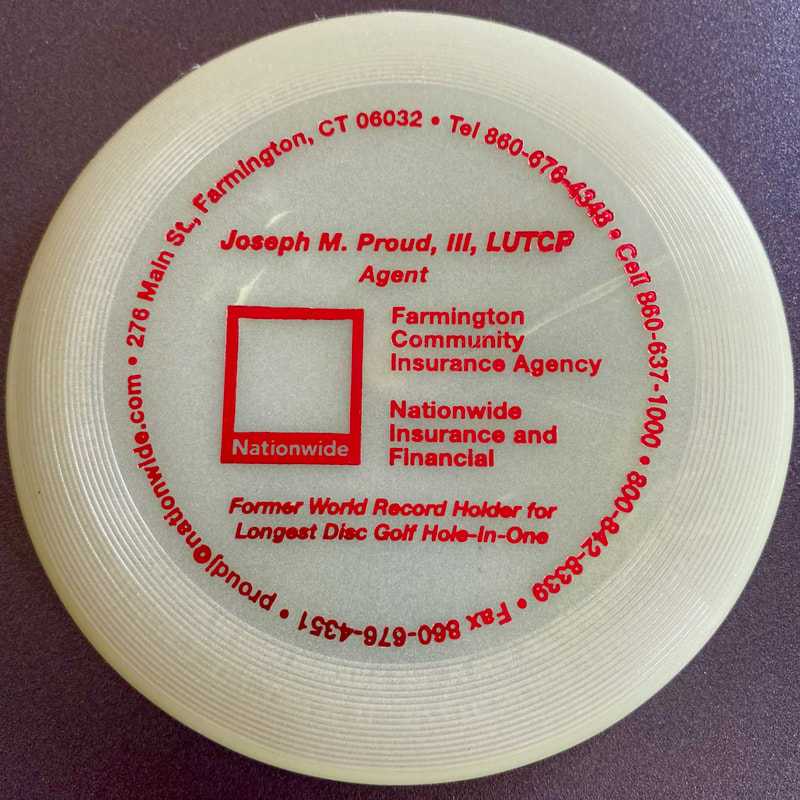 A Tribute to Lick, by Dan Hale
A fellow disc golfer and longtime friend recently described the day in the Spring of 2004, when the baskets were first installed at Wickham Park, as “one of the best days of my life.”  I had no idea at the time that I’d be looking back at that day almost seventeen years later with the same sentiment. The man at the helm of the effort was the one and only Joseph Mason Proud III, affectionately known as “Lick Me.”  When we were introduced, in typical fashion, he extended his hand and said, “Lick Me, nice to lick you.” Not quite sure what to make of his greeting, I shook his hand and quickly followed his direction to assist with installation tasks. This exchange was something I witnessed with newcomers to the sport year after year, and it was almost always met with a familiar quizzical look, an uncomfortable chuckle, and finally a smile and handshake. Lick’s lightheartedness and infectious laugh were one of a kind.

Team Wick was formed a few years later and our community continued to grow. Lick captained the team for several years. He taught us many things over the years, several life lessons, but none tantamount to the importance of volunteerism. When Lick asked, we did.  No questions asked. I don’t think he ever explicitly said “give back more than what you take,” but his passion, vision and commitment to disc golf showed that mentality every step of the way. He inspired many to follow his lead. I have several fond memories of course work with him at Panthorn Park and Wickham Park. Without Lick, Connecticut Disc Golf would not be where it is today.  His contributions are many, as are the lives affected by his passing. His induction into the Connecticut Disc Golf Hall of Fame last year as the inaugural member was a no brainer. There was no debate in who was more deserving of the honor.

Over the years we grew close to his family too. They are equally as remarkable as Lick. Mary, or “Mary Me” a moniker bestowed by Joe, has always been there to support the disc golf family with her amazing cooking abilities, singlehandedly feeding the army of hungry golfers year in and year out at the GhDGO player party. We watched Joey, or “Lap Me” and Sarah aka “Not Me” grow into beautiful humans who have many of the same qualities as their father: compassion, generosity, and humor to name a few.  He was so proud of Joey and Sarah.
Lick was so much to so many, and I was just one person he touched. But to me, not only was he one of my best friends, he was a mentor, a leader, a brother, a father figure, and my Team Captain.  I am so happy that I got “Licked” and I will be forever grateful for the impact he had on me and our community.

Here is list of some of his accomplishments and contributions compiled by another close friend, Dave Mourad;
• Vice-President of the New England Flying disc Association (NEFA)
• Connecticut State Coordinator for the Professional Disc Golf Association (PDGA)
• Member of a team that proposed and implemented the design for the disc golf course at Wickham Park and at Panthorn Park in Southington
• Former world record holder for longest disc golf ace – 423’
• Captain of four-time New England Team Challenge champion “Team Wick”
• Tournament Director of the New England Overall (NEO) Flying Disc Championship
• Tournament Director of the Greater Hartford Disc Golf Open (GHdgO) since 2010, bringing the event to a prestigious “A-Tier” status in 2012.
• Inventor of a hybrid flying disc sport called “Zephyr” played on a lacrosse field
• Recipient of the Innova Course Steward Award
• Inaugural inductee of the Connecticut Disc Golf Hall of Fame in 2020 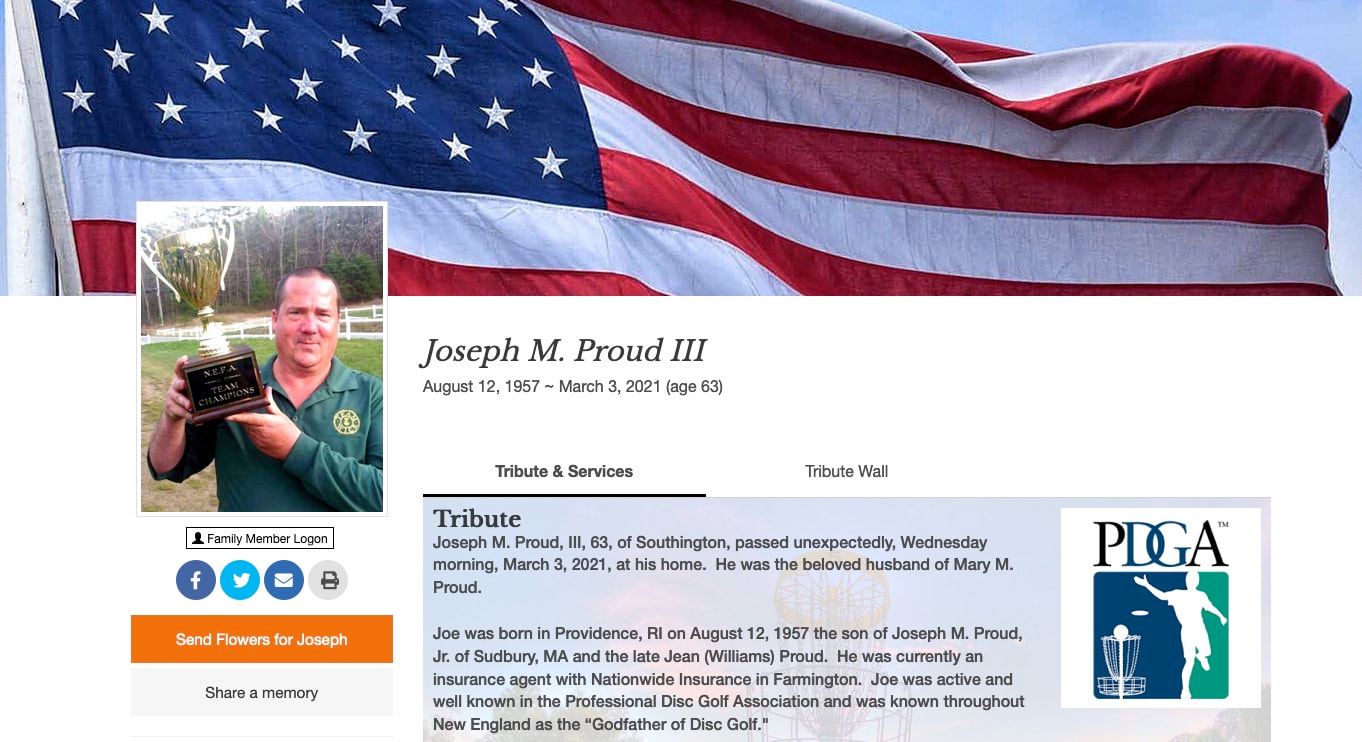 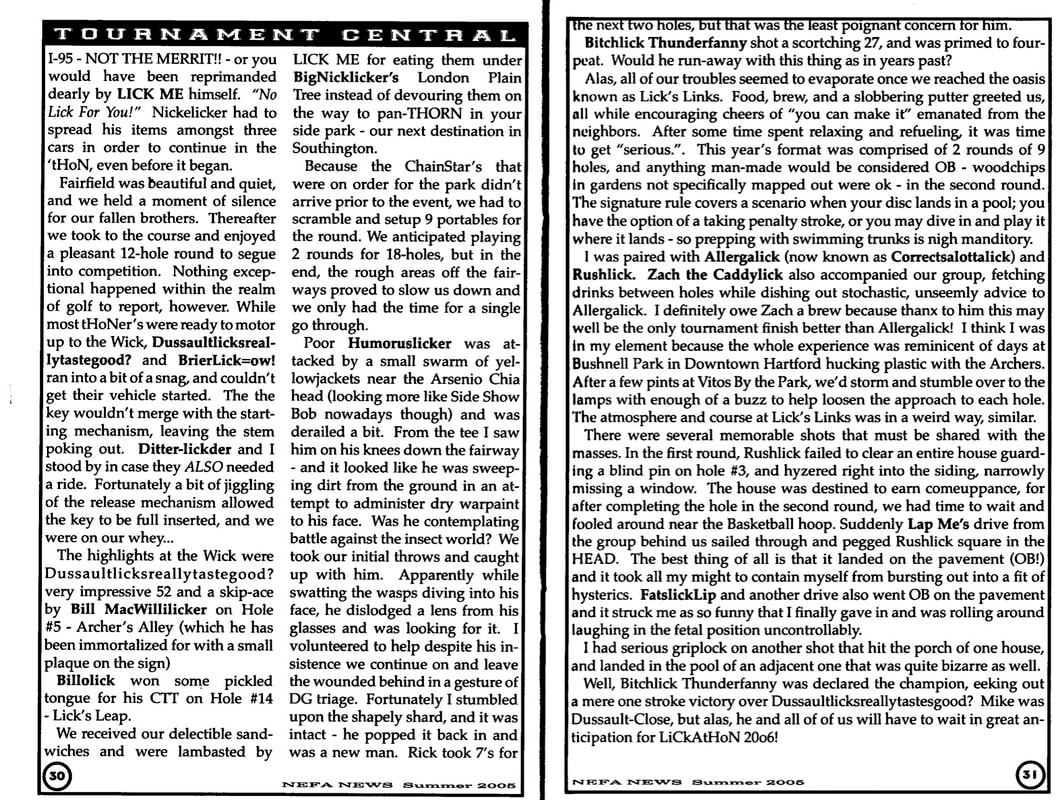